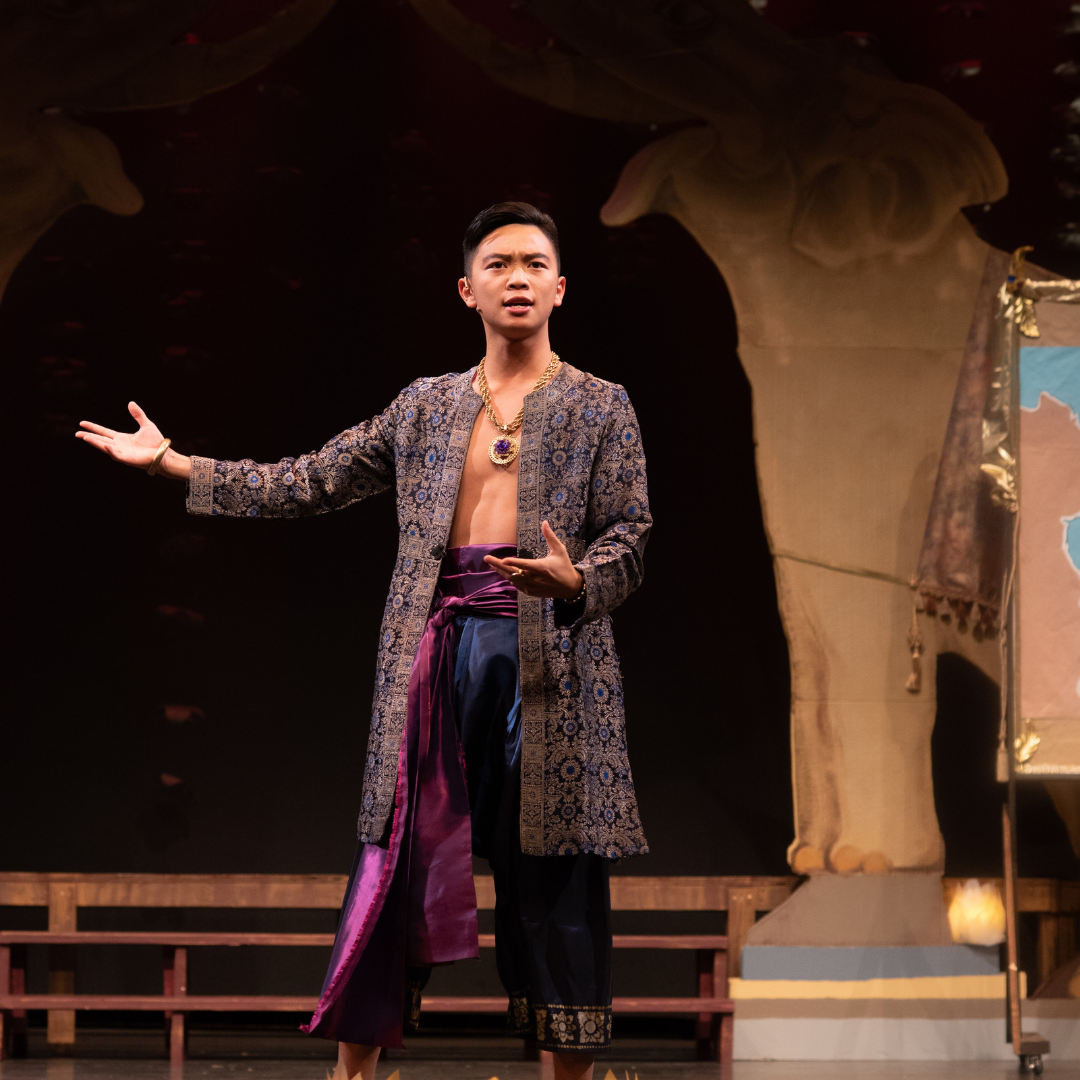 Desert Christian High Schools' The King and I opened November 15th and ran till November 17th. Each night the performance was met with a full standing ovation! Rehearsals for The King and I began in August, but you could say, God was preparing one of our students to take on their role many months before rehearsals ever began.

My department is rich with what I call "GGMs" or Good God Moments. Now GGMs can be interpreted as either the exasperated "Good God!" or the gratitude-filled "Good God." This year one of the most significant GGMs happened opening night of The King and I and it was indeed the later expression of gratitude.

I've taught Justin since the 9th grade. You can say I've had my eye on him. I could see a rich, dormant performing talent in him. A talent somewhat obscured by a shyness or possible language barrier but I saw it nonetheless. But my witnessing of his talent was nothing compared to the observation of his father who had traveled from China to see his son star in the role. At the end of the night his father came to me, and as I embraced this man who was a stranger to me, he looked me in the eye and said, "I sent him to you (DCHS) a boy, and now I see a man." All I could do was hug him again and wipe the tears from my eyes and thank him for allowing me to work with his son. A Good God Moment if ever there was one!

Even though the show has closed, the wonder of what these students, faculty, and their families created is still alive and pulsing amongst our campus. That is part of the beauty of theatre. You work for months; developing characters, learning lines, building a set, creating a whole world, and in the blink of an eye, it is gone. But, if you do it right, that blink of an eye will stay with you a lifetime!

The Desert Christian Schools ESPO (Eagle Parent Service Organization) is a collective of parents and grandparents who give of their time to our school. They do everything from blessing teachers with lunches to setting up our major events like the Annual Fall Fundraiser!

Graduate Ellie Nassir has just completed her freshmen year at Yale! Hear how Desert helped prepare her in our second Eagle Spotlight!

Hear what senior Annaylse Fennema has planned for college in our first Eagle Spotlight!

Upon My Arrival
Mr. Eric Harless

Upon my arrival at Desert, I was understandably nervous, but more so than I have ever been in my teaching career. I had come from a school I had served for a decade and loved dearly...

Justin and The King
Alicia Fodor and Syvana Bre